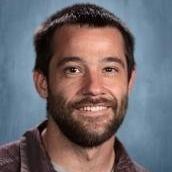 Collin has been with CECFC since 2014 and has served as a STEM teacher, as the Director of Innovation, and as a member of the school’s leadership team.  As the Director of Innovation, Collin led the development of the school’s Makerspace, the Innolab, and created programs in Information Technology, STEM, Agriculture, Construction, Multimedia Design, Manufacturing, and Entrepreneurship. In addition, Collin started a robotics program that grew to 10 teams with several teams competing on the national level, created an after-school program that designed and built solar-powered lanterns for communities in Guatemala, and supervised the construction of student-built modular homes for low income communities.Collin graduated from Boise State University with a Bachelor of Science degree in Civil Engineering and earned a Master of Science degree in Structural Engineering from Colorado State University (CSU). During graduate school, Collin had the opportunity to work at an adventure therapy camp serving military youth, which ignited a passion for working with teens. After graduating from CSU, he worked at several civil engineering design firms before his enthusiasm for working with kids brought him to CECFC. Collin brings a strong technical background to CECFC, and a deep commitment to serving students and families. He has a passion for connecting education to industry and for preparing students with the skills they need to be successful in their chosen careers and beyond.

Outside of CECFC, Collin is an avid rock climber and can be found sleeping on the side of big walls in Yosemite or developing climbing new routes along the Front Range. He also enjoys woodworking, working with electronics, and any activity that gets him outside enjoying Colorado. 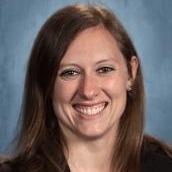 Karisa Hocke-Rossman began her CECFC career in 2013 as an English instructor. After several years of developing curriculum and supporting students in the classroom, she transitioned into her current role as Dean of Academics. Karisa feels privileged to guide such a dedicated instructional staff at the CECFC high school and middle school as a way of further serving students. She is passionate about CECFC’s mission and providing an early college experience to best prepare students for our evolving society.  Outside of CECFC, Karisa enjoys spending time enjoying all Northern Colorado has to offer with her husband, two children, and English Mastiff, enjoying a book in her comfy reading chair, and weightlifting. 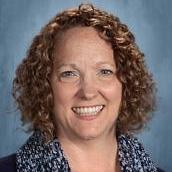 Delight is privileged to lead the middle school in its mission to prepare our students for their future at CECFC High School and beyond. She joined the CECFC team at the start of January 2016 after her family moved to Colorado from northern Illinois, where she taught for 29 years in public schools. Delight earned her undergraduate degree in special education from Northern Illinois University, and a Master's degree in Teacher Leadership and Earth and Space Science from George Williams College. She was nominated for a Golden Apple award, has served in leadership roles within the Illinois Education Association local chapters, and has mentored many teachers. She enjoys being outdoors in Colorado and loves spending time with her four granddaughters and their parents. 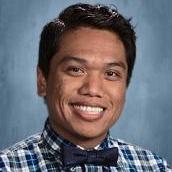 Archie Carreon - Director of Academic & Career Advising
Originally an immigrant Philippines, Archie Carreon grew up in Arizona where he earned his Bachelor of Sociology from Arizona State University (Go Sun Devils!) and his Master of Education in Counseling and Student Affairs from Northern Arizona University (Go Lumberjacks!). Mr. Carreon has worked for 10 years in variety of areas of higher education including student athletics, first-generation programs, disability resources, and academic advising.
Along with a career in education, Archie also toured as a singer/songwriter and recently started a swing dance company with his beautiful wife in downtown Fort Collins. As a self-proclaimed foodie, he also enjoys finding great local places to eat and hiking to work off the calories. Archie also inherited his first dog, a 4-pound Pomeranian Chihuahua, named Leroy Brown. 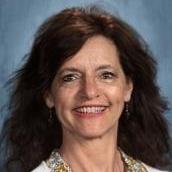 Laura has been with Colorado Early Colleges since 2009.  She was the Executive Assistant to several Academic Deans at Colorado Springs Early Colleges from 2009-2011 before moving to help start Colorado Early Colleges Fort Collins where she is currently the Director of Admissions and Infinite Campus (student information) Site Coordinator.  Laura earned her Master’s degree in Accounting at Barry University in Miami, Florida and worked as a Certified Public Accountant prior to moving to Colorado Springs in 2002 with her husband and three boys.  All three of her sons have graduated from the CEC network and have reaped the benefits of free college! She has a passion for youth and education.  She was actively involved for five years in the home school community, teaching and attending workshops on learning challenges and styles.  In her off time, Laura loves biking, hiking, kayaking, and just being outdoors. 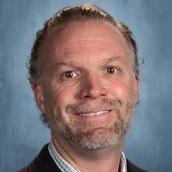 John “Court”ney Sheffield – Director of Campus Culture
Court has been at CECFC since the fall of 2013. He oversees culture, discipline, and facilities. Court taught visual arts and yearbook in various high schools in Virginia, Denver, Greeley and Fort Collins for a total of 14 years. He worked with A.P. students as well as at risk students from a variety of backgrounds while teaching. Court coached Junior Varsity and Varsity soccer for both boys and girls while teaching in Denver and was awarded the Boys’ Varsity coach of the year in DPS 2005-2006. He earned his undergraduate degree from CSU in Art Education and a Master’s degree from UNC in Educational Leadership. Court has a teaching license and principals’ license. He resides in Fort Collins and is happily married with two, young children. 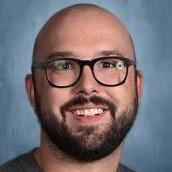 Brandon joined the CECFC team in September of 2015 to help overhaul all the technology needs in both Fort Collins and across the entire CEC network. His passion for technology started at a young age when he would work on computers with his grandpa. After graduating from Kansas State University in 2013, he packed up everything and moved out west to begin the next chapter of his life. When Brandon isn’t working with computers, he enjoys spending time with his wife and their dog, riding bikes, and spending time in downtown Fort Collins.